Art in the Prague Congress Centre


Are you interested in what's hidden behind the walls of a giant glass and aluminum building? The Prague Congress Centre hides not only premises for exhibitions, congresses and conferences, but also treasures in the form of art by prominent artists. From 200 works of textile and glass are richly represented as well as metalwork and free painting and sculpture. Great emphasis has also been put on the design and execution of craft and utility elements. Come and enjoy the most exciting ones.

Among contemporary glass artists Vladimír Procházka is the most original. Vladimír Procházka formed glass ceilings from the mid 70´s to the end of the 80´s, which can be seen, for example, in the building of the Parliament of the Czech Republic.

Artwork made from glass and metal by Vladimír Procházka in cooperation with Petr and Pavel Pataki. It consists of a semi-circular lightning element on the ceiling at the third floor, and a spherical sculpture at ground level.

A glass chandelier in South Boardroom 2

The chandelier is the main feature above the centrally positioned round table. This chandelier of hemispherical form is created from individual glass items resembling laboratory test-tubes. The original round table and the chairs, created by the Applied Arts Centre, are still in place, creating an original and authentic interior. 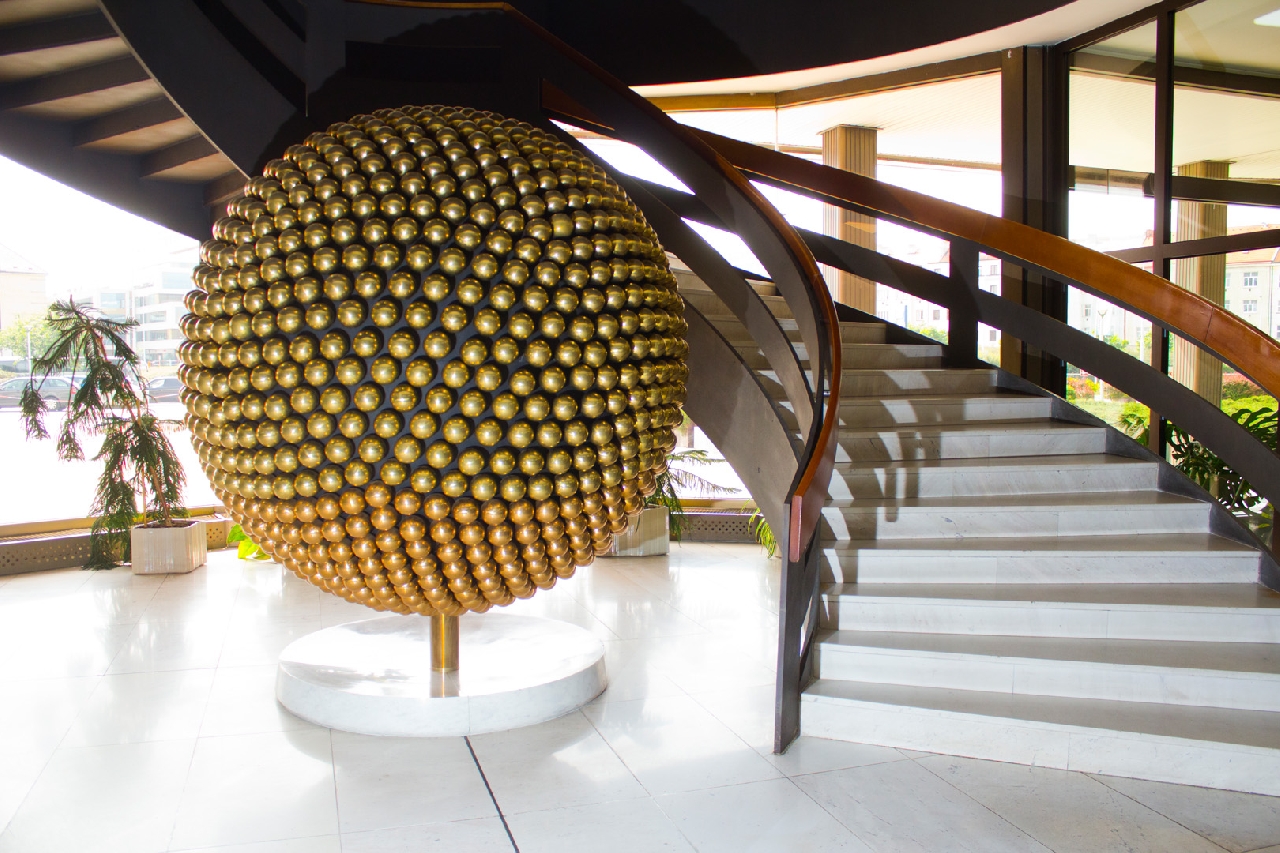 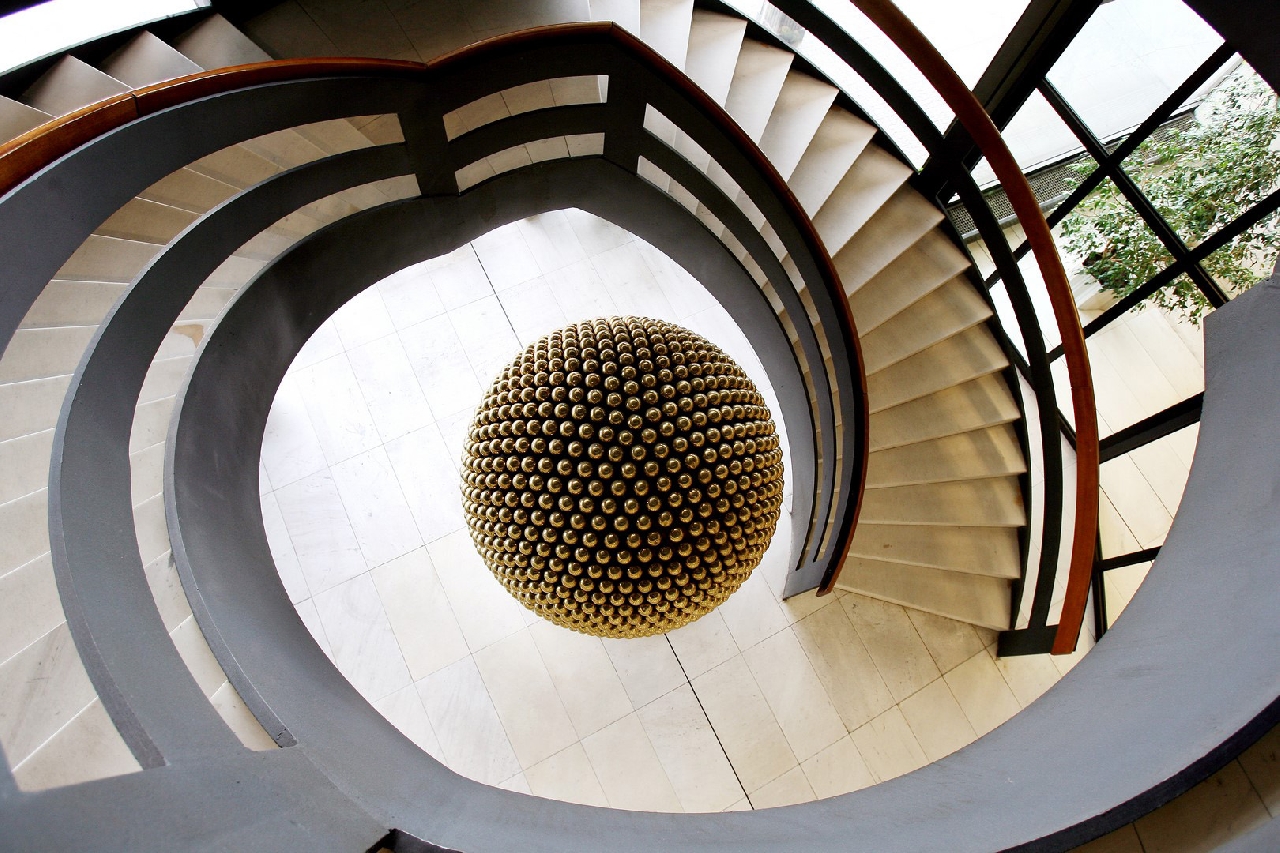 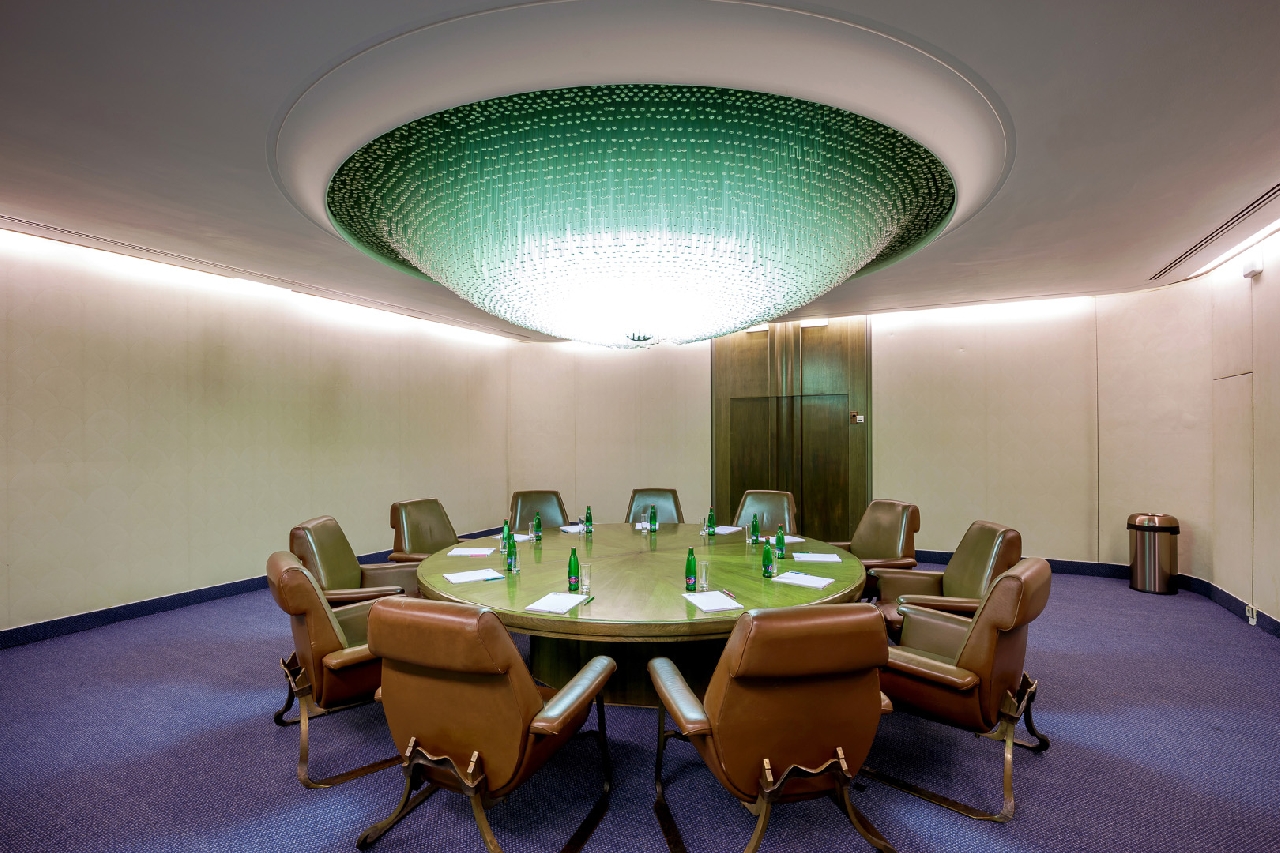 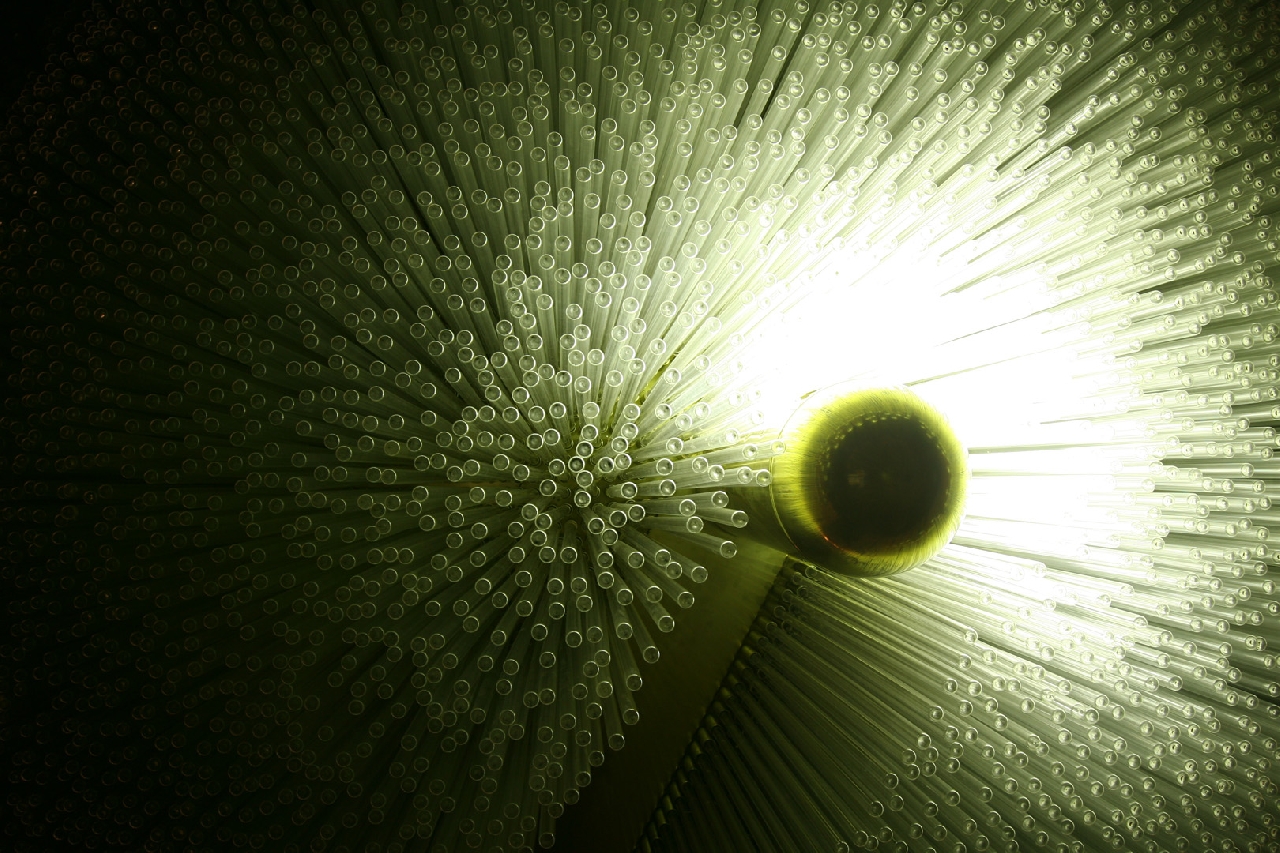 The pair of Stanislav Libensky and Jaroslava Brychtová are famous in the glass industry. Since the first meeting in 1954, they have been engaged in the technology of fused glass. Their work is represented in many world galleries and museums of modern art. Their names are the world's synonym for the success of Czech artistic glassmaking.

A woman with a dove

This is one of the most outstanding works of art in the Prague Congress Centre. A woman with a dove is made of steel beam and fused glass and is placed in the Congress Hall Foyer. 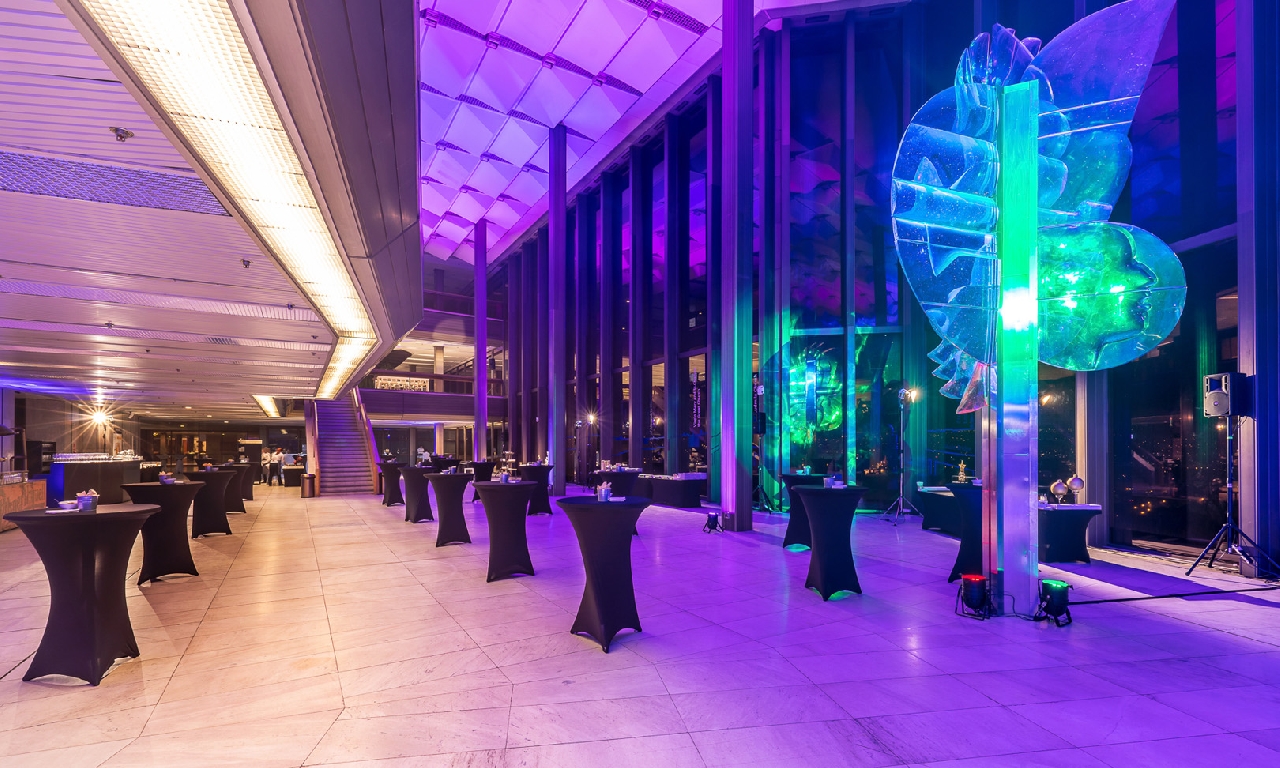 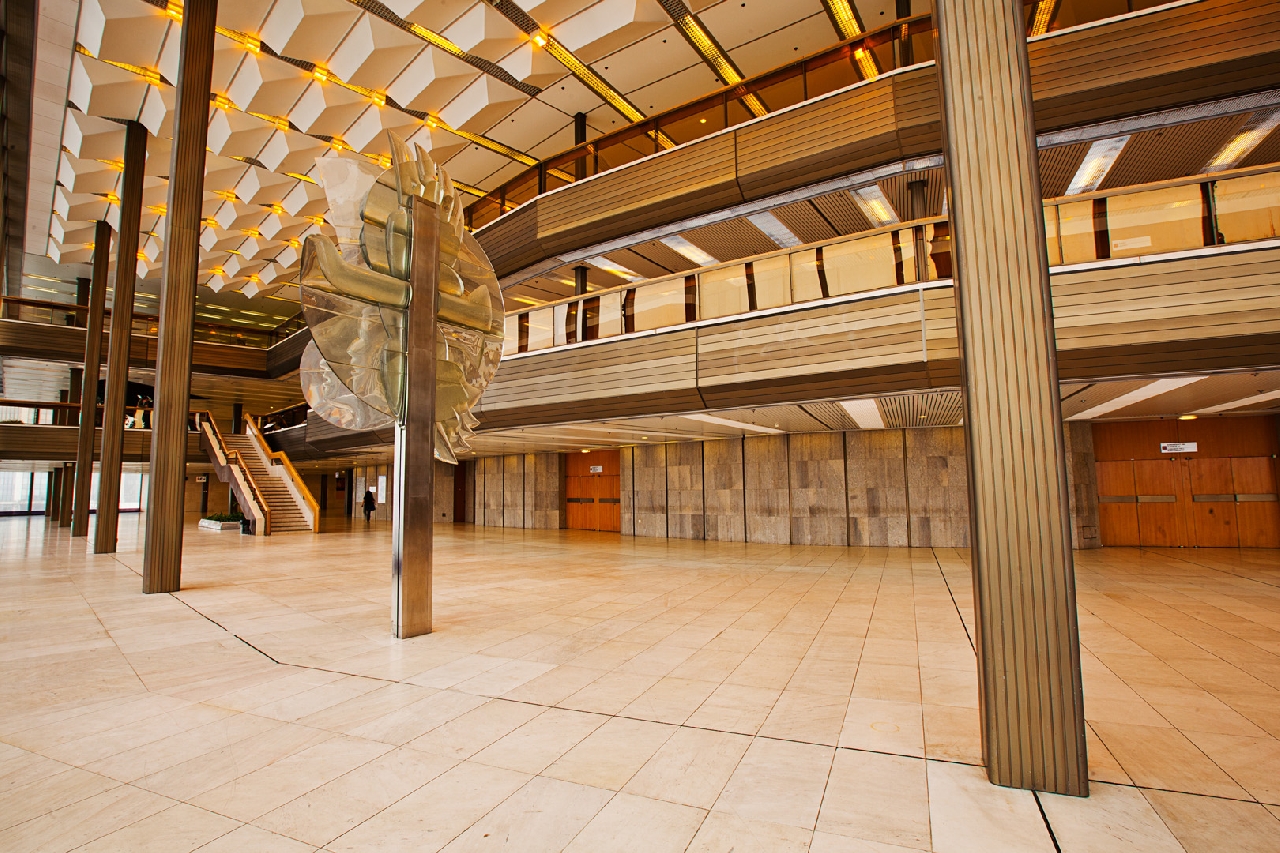 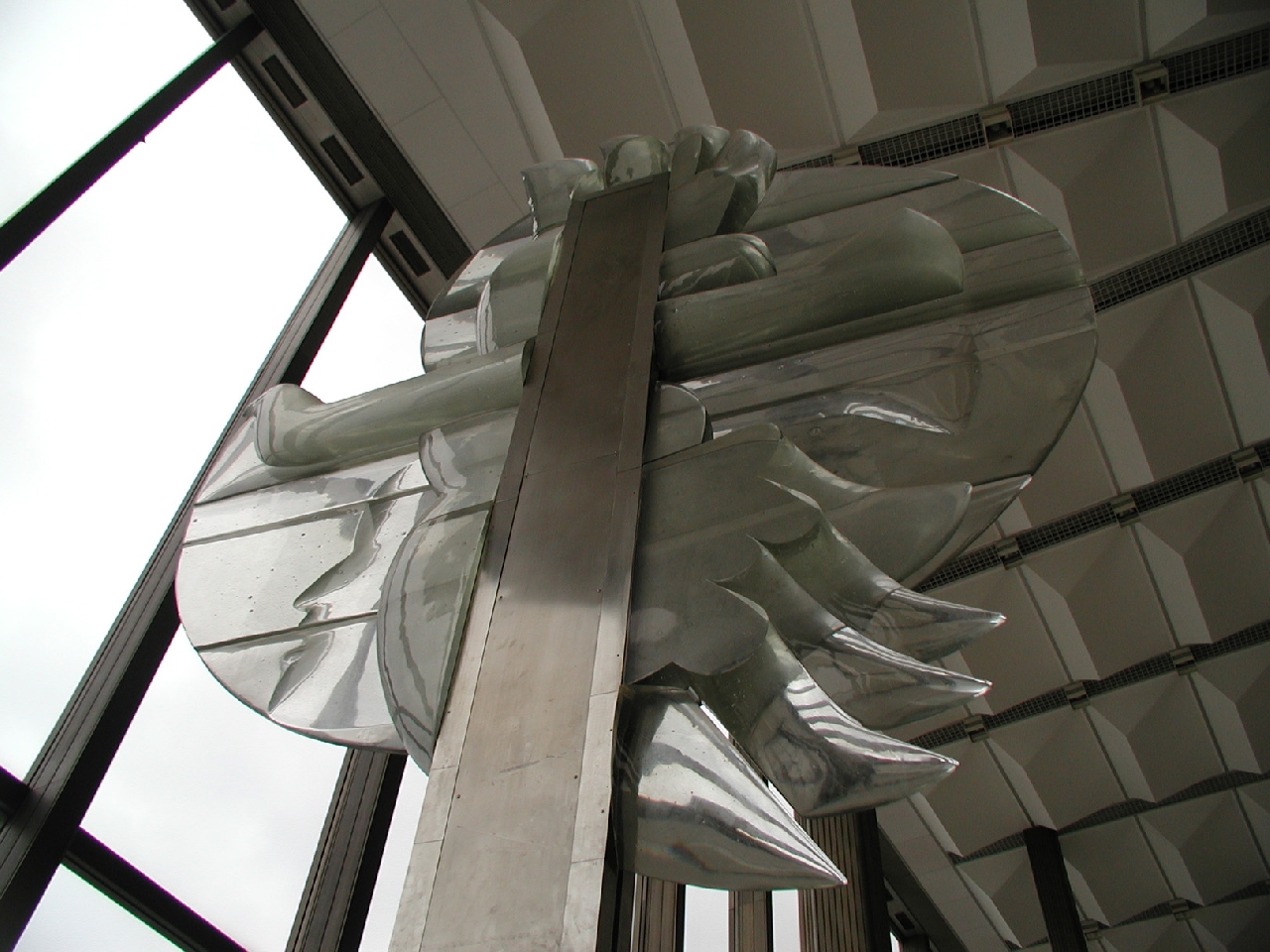 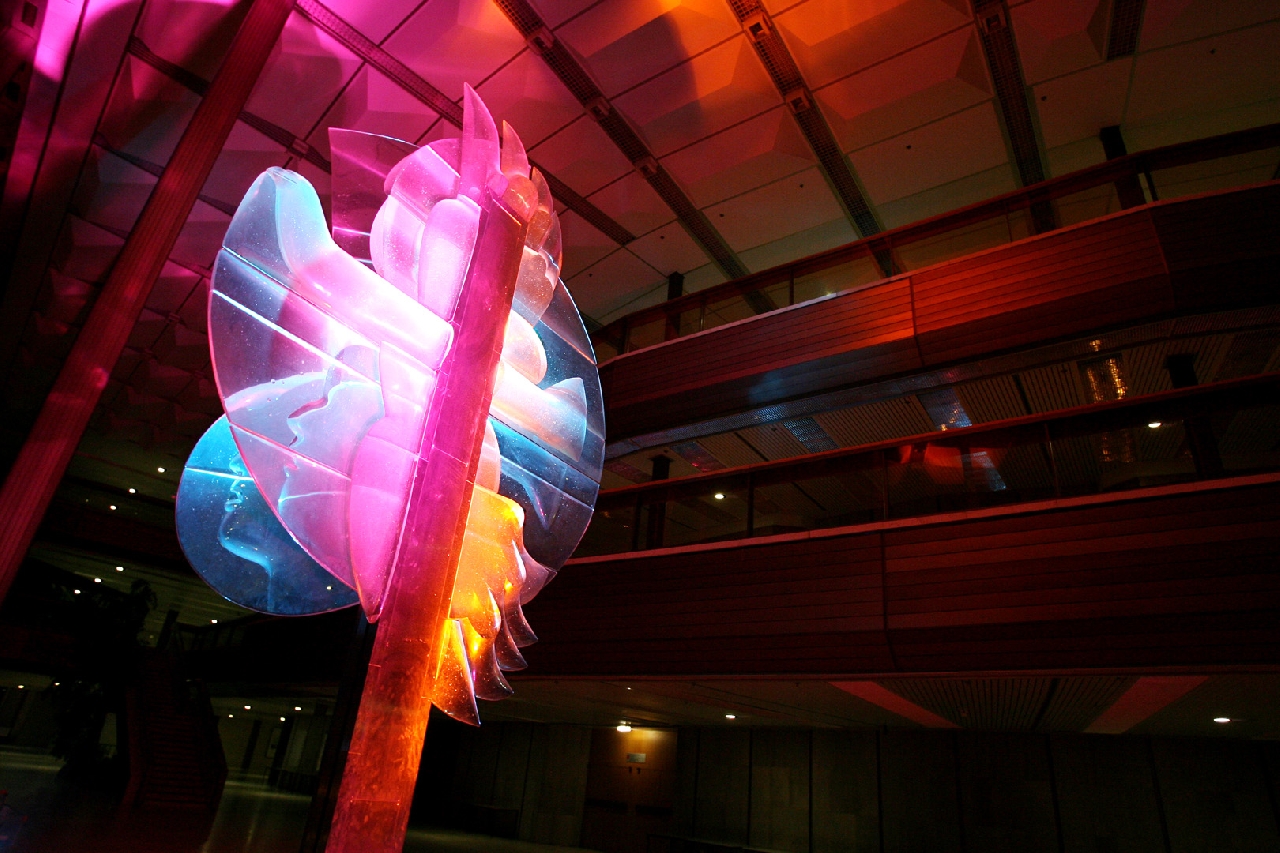 An artist who made Czech glass famous in World and entered for his artistic contribution to the Hall of Fame of the prestigious Czech Grand Design prize. From 1977 until his death he devoted himself to free creation, where he excelled especially in the field of shaped glass.

A glass chandelier in South Boardroom 1

The eye is attracted by the striking light fixture at the first time. It is placed into the sculpturally ribbed white ceiling: it consists of several hundred tiny hollow glass balls suspended on vertical metal sticks. 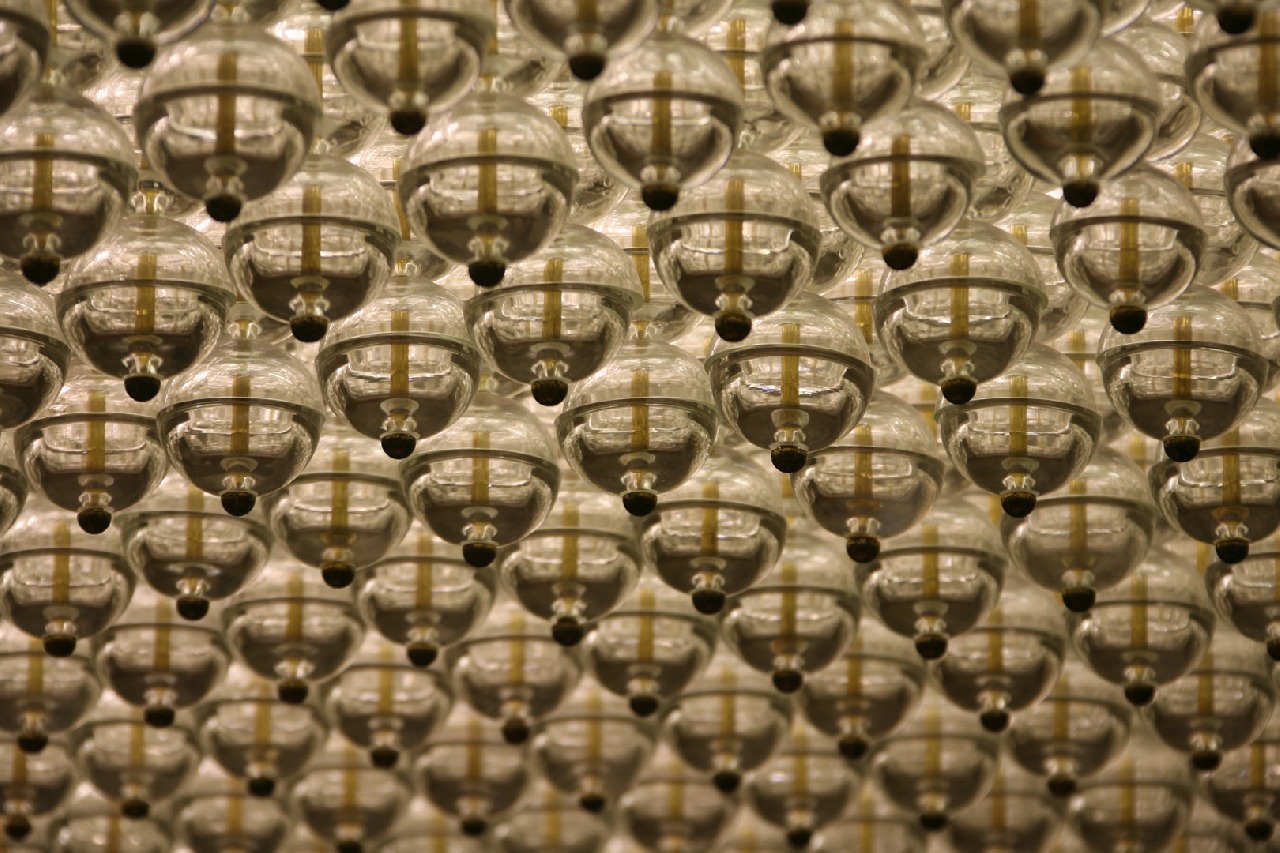 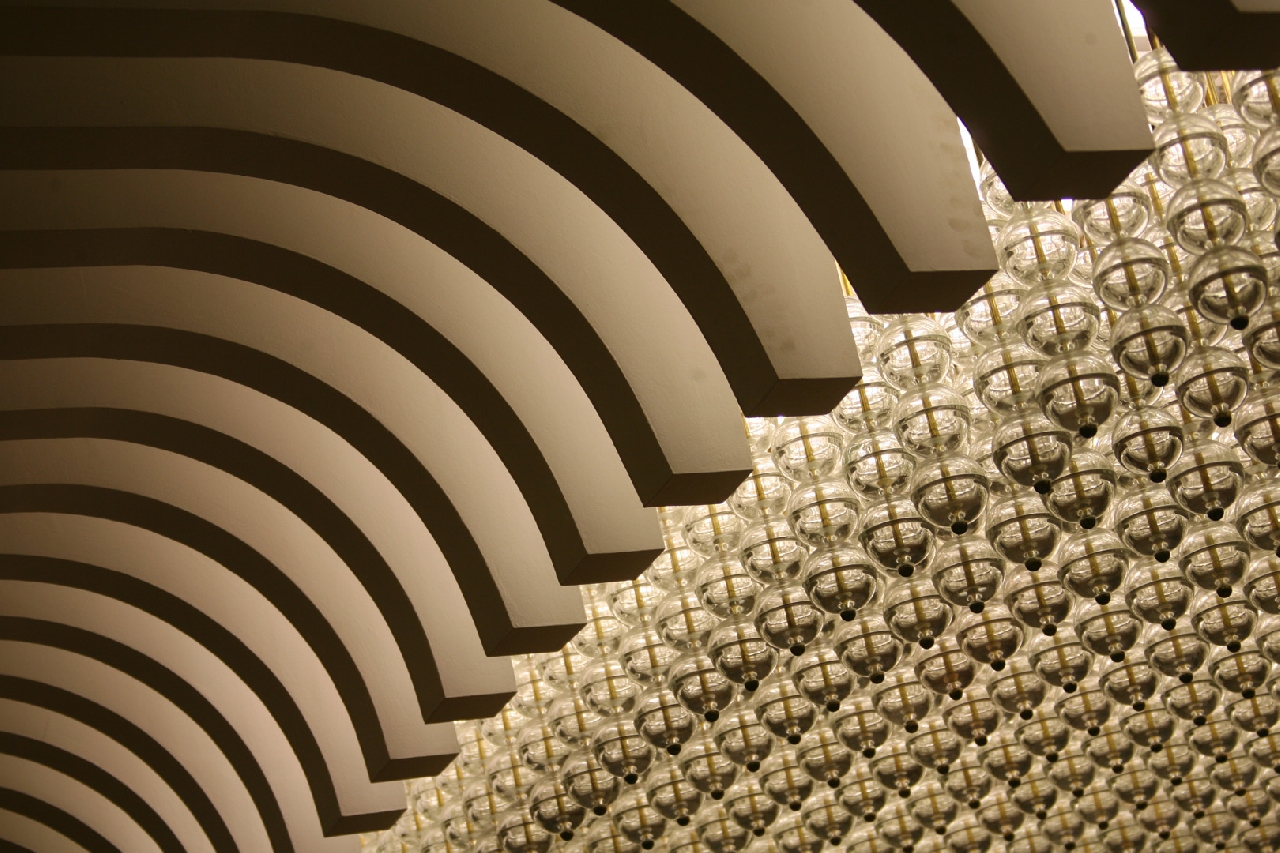 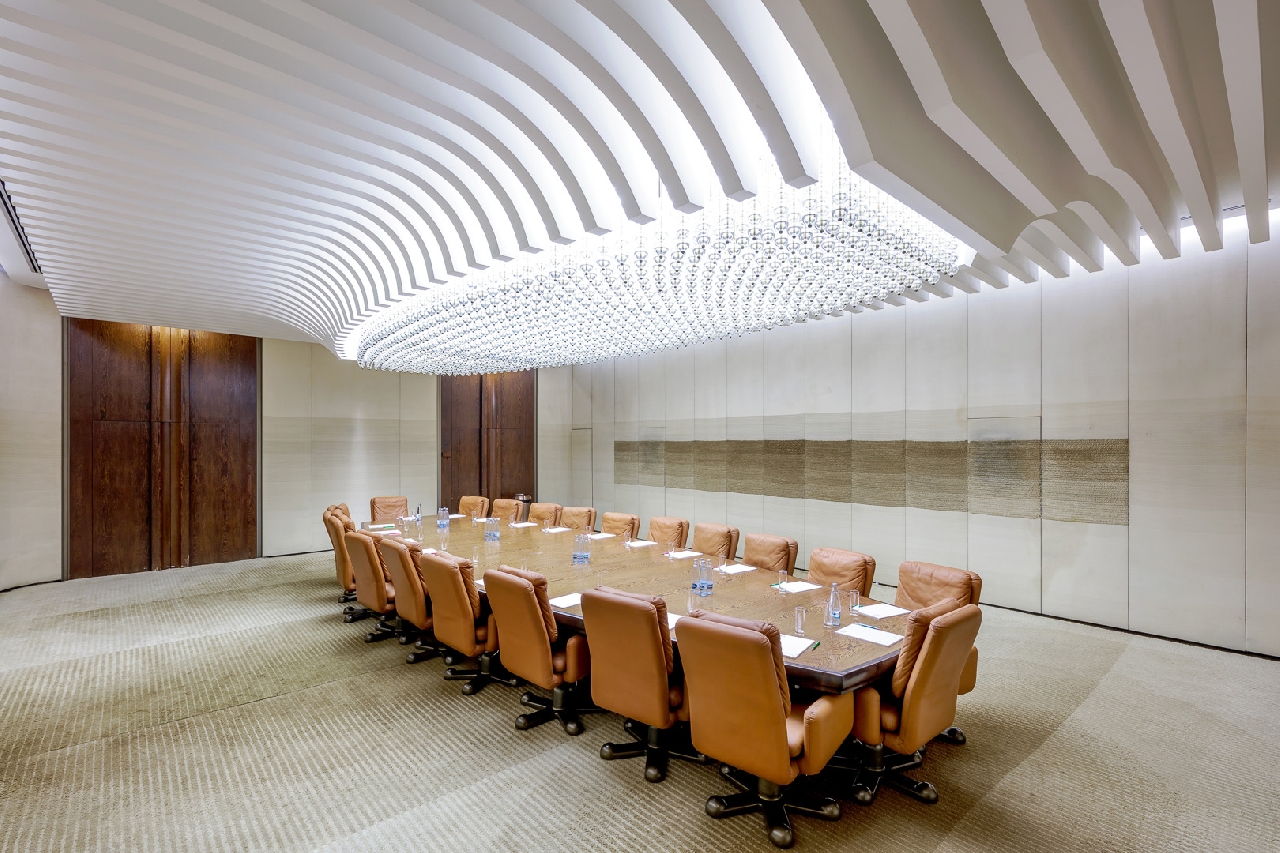 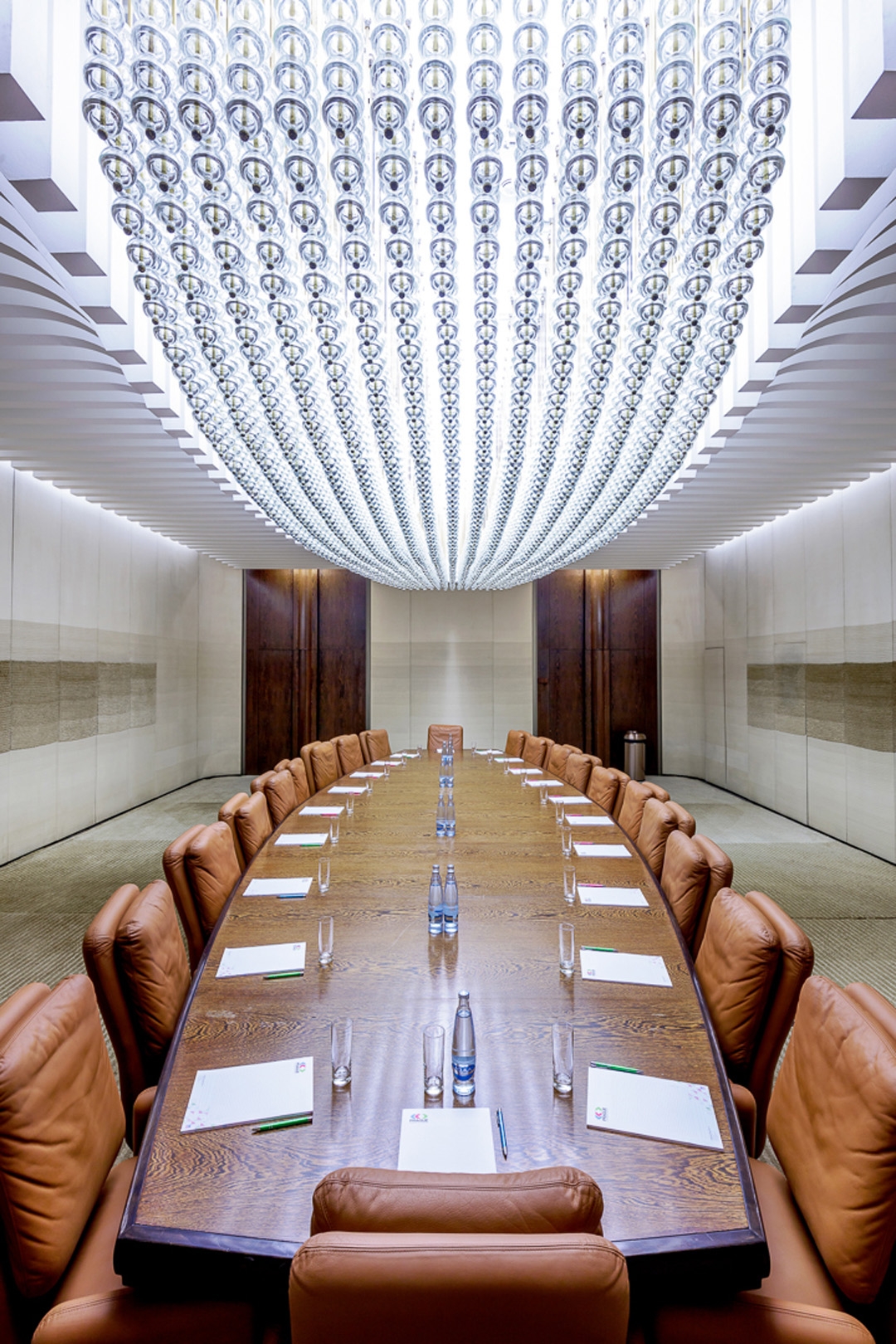 Josef Müller graduated from the Academy of Arts, Architecture and Design in Prague, special textile studio at the leading Czechoslovakian artist prof. Antonín Kybal. In 1958 he became head of tapestry workshops for the Center of Art Crafts in Jindřichův Hradec. Josef Müller was a supporter of the so-called author's tapestries, which he created in cooperation with his wife Mileva. He did not perceive the tapestry only as a faithful copy of the design, but as something that has its own expression. He believed that each tapestry contained a piece of its designer and implementer.

A fabric wallpaper and a carpet in South Boardroom 1

Josef Müller tried to find a connection between the carpet and the walls. Originally, it was intended to print on textile panels. As the South Boardroom 1 does not have daylight, Josef Müller illuminated the space with a combination of warm and cold blocks of fabric that „break“ the wall surfaces. The carpet was realized in a workshop in Valašské Meziříčí.

Gobelin (250 cm x 640 cm, 1980) combines all the personal and professional experience of a mature artist. We can find in this masterpiece the mysterious darkness of the world of South Bohemian ponds. The artist concentrated on the intimate experience of a passionate fisherman and nature lover. 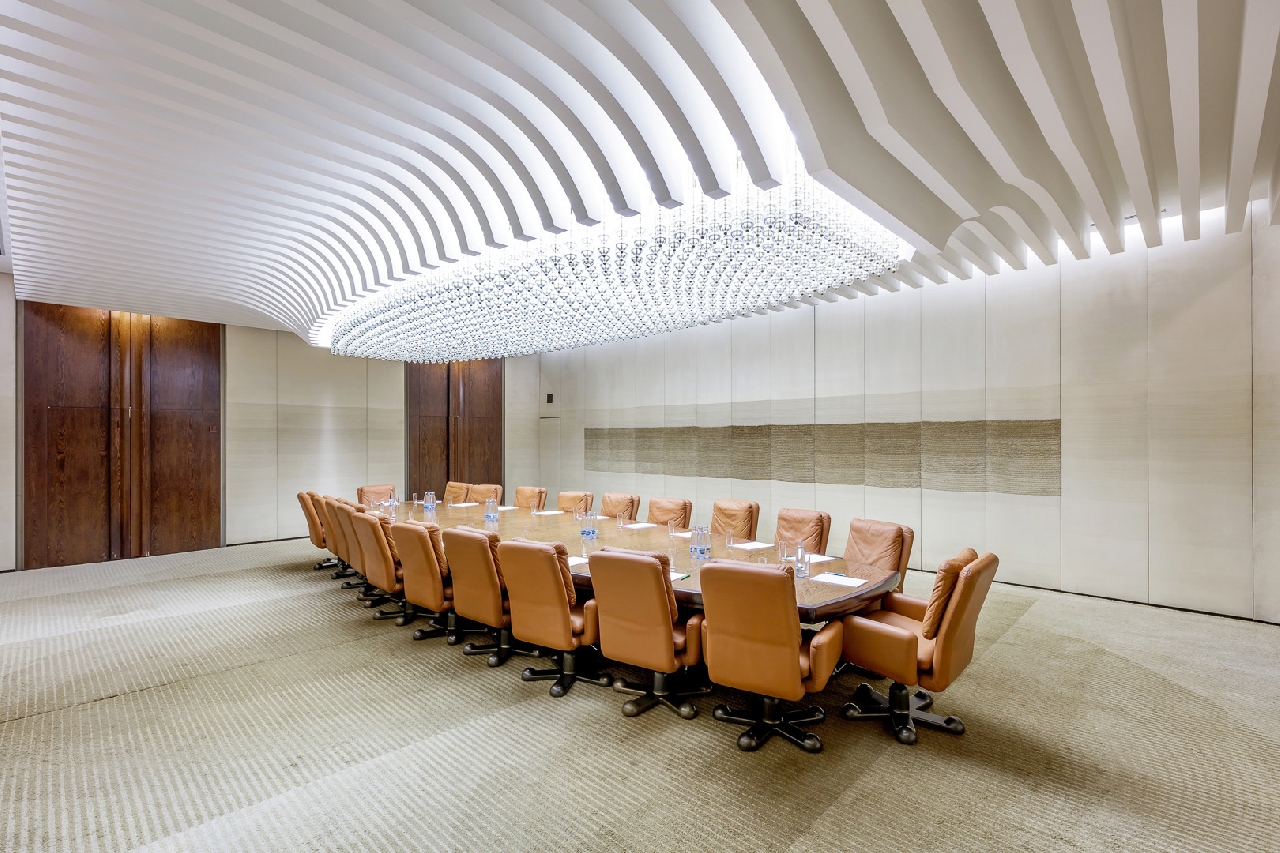 Artist, illustrator and professor at the Charles University, who first devoted himself to paintings and free graphics. He portrayed countless books, especially fairy-tales, but also made stained glass, tapestries, or stamps. His shot was simply incredibly wide.

Gobelin (250 cm x 500 cm) is made by the designer of the academic painter Cyril Bouda. The author has incorporated into his work the portraits of the leading music composers - Bedřich Smetana, Antonín Dvořák and Leoš Janáček, as well as the allegories of their greatest works – Prodaná nevěsta, Rusalka and Liška Bystrouška. On the right, where most of the significant Czech monuments are depicted, are the portraits of leading artists from the field of classical music - conductor Václav Neumann and violinist Josef Suk. The tapestry was made in Jindřichův Hradec. 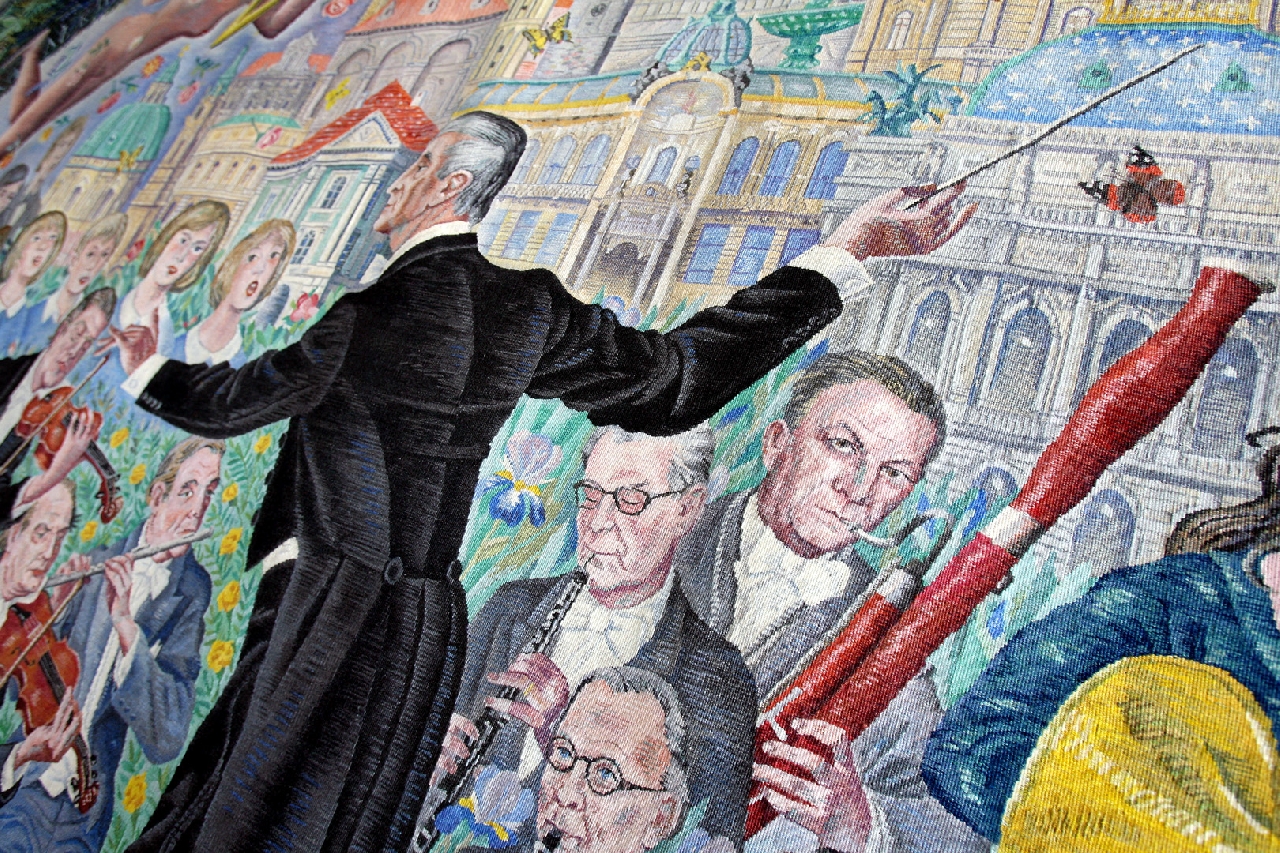 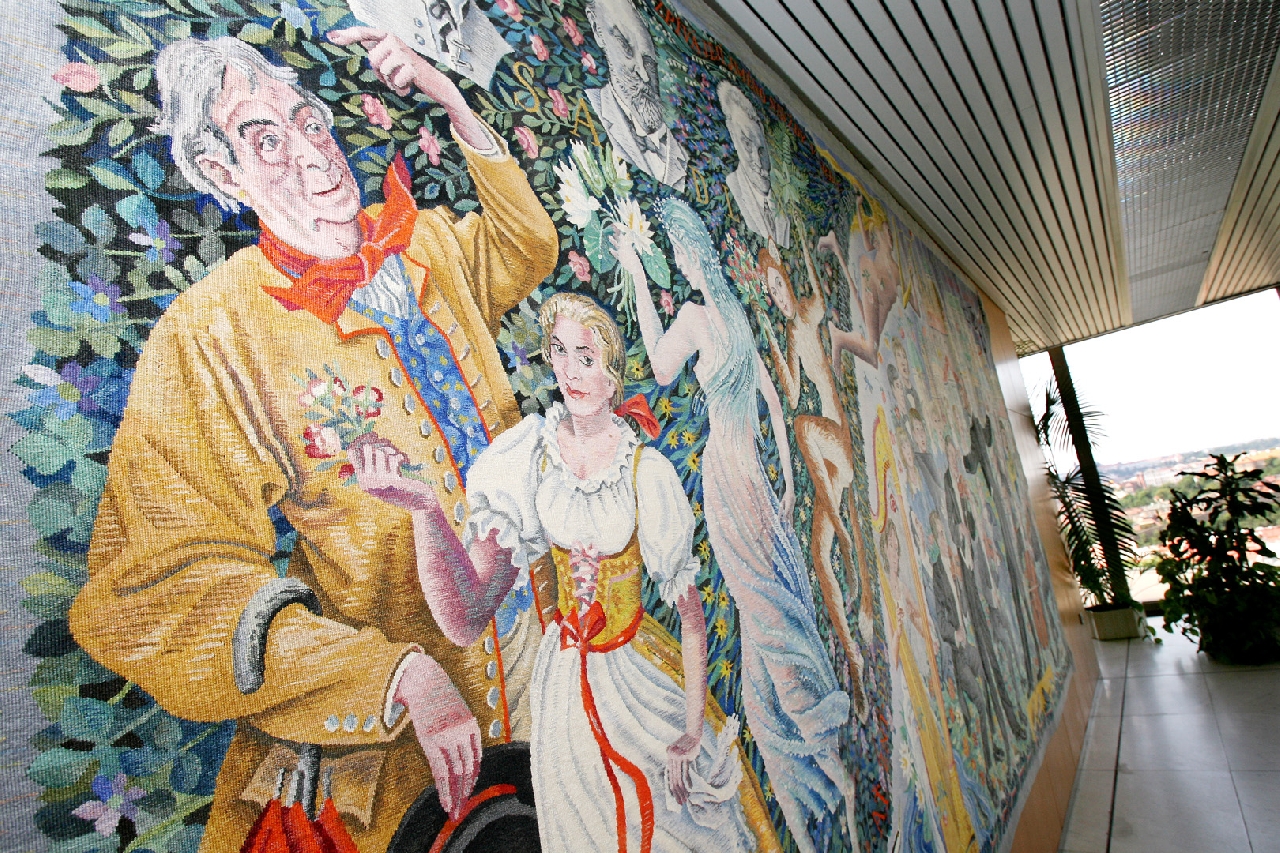 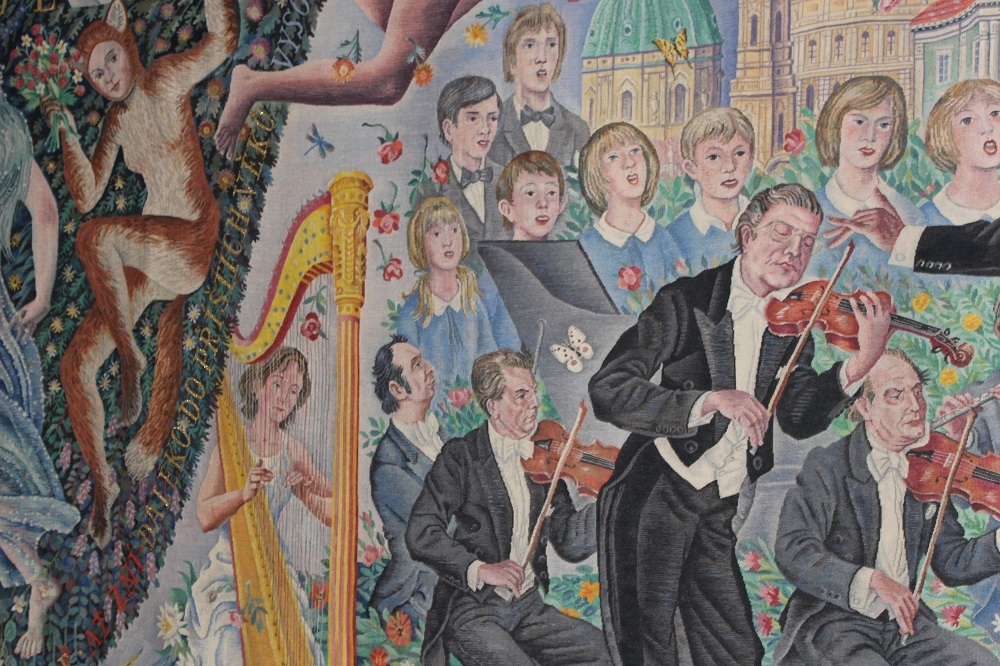